Terry Moran is a multi-award winning Disc Jockey who has performed as a Host & DJ for over 1,500 events, including over 40 weddings in 2016. The largest mobile DJ magazine in the USA, ‘Mobile Beat’ has selected Moran as a National DJ All Star on six separate occasions. A club DJ for over 15 years, Moran’s style is not that of your average DJ.  Rocking weddings, parties and corporate events with flair and he has the reviews to back it up.

He has been the Host & DJ on the Budweiser Concert series, and has opened up for bands like Lee Brice, Everclear, Eddie Money, Peter Wolf, Tigerlily, Chad LaMarsh, Josh Logan, Tim Charron and others. Boston radio personalities, Red Sox players, corporate executives, gala openings, and high end weddings have trusted DJ Terry Moran and will continue to for years to come.

With Flava Flav in Vegas 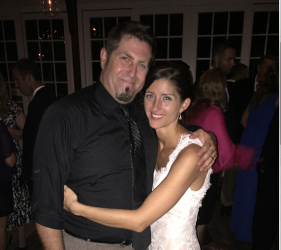 Bride at Castle In the Clouds 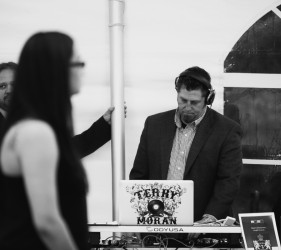 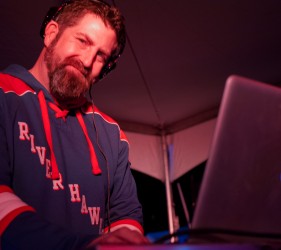 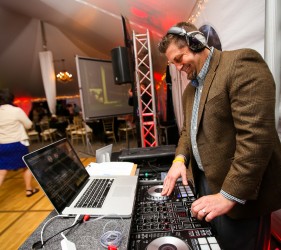 There is no substitute for experience. Combining a high level of professionalism, veteran microphone skills, deep musical knowledge with a fun attitude, Terry Moran energizes a party like no other. Terry started his DJ career in college at Fitchburg State in western Mass many moons ago. Since then, he has spun and toured with:

Terry is very active in the profession and has gained the respect of his clients and peers as well. He was chosen to spin at the American DJ Awards Hall of Fame Induction ceremony, Feb 2006 in Las Vegas for over 1,500 DJs in attendance. DJ Times Magazine, the largest DJ publication in the world, picked Terry as the Mobile DJ of the Month in their Feb 2002 issue.  He has been quoted in many DJ publications, and had  a 3 page feature article in on him in Mobile Beat Magazine in May of 2016, written by DJ Dayna. Terry has authored numerous articles in NH Bride Magazine.

He was picked by Nightclub & Bar Magazine to spin at Studio 54 inside the MGM Grand Hotel & Casino in Vegas for “The Show” a.k.a the Nightclub & Bar Convention in March 2003.

Morgan said…
We could not be more thrilled with our choice to work with the Crown Special Events team. DJ Terry was absolutely fabulous to work with through the entire process, but especially in the few weeks leading up to the wedding as well as day of. Wedding day is such a whirlwind and DJ Terry kept us on track getting through everything that needed to be done so we could start the party! Due to some last minute crisis the week before the wedding, we didn’t get everything done we were supposed to for Terry. He didn’t miss a beat. HE KIlLED IT. DJ Terry really made us feel like we were his only event all summer. He really listened to what our vision was and brought it to life! He literally had people on the dance floor during the dinner music!! We also used their uplighting and it was absolutely PERFECT. I cannot say enough good things about Crown Special Events! Crown, Thank you guys for everything. We are so lucky you were able to make our big day so very memorable!!! – Morgan & Tim Beall 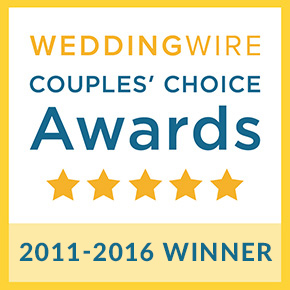 Read all of our wedding reviews on our Crown DJs, Uplights & Photobooths Storefront at